What is Coffee Cupping?

Roughly speaking, cupping is a standardised process for evaluating and comparing coffees. This makes it all sound like a very serious and austere affair but actually you do not need to be an expert coffee grader to learn something about coffee and your own sense of taste this way. There is, though, a generally recognised method for cupping. 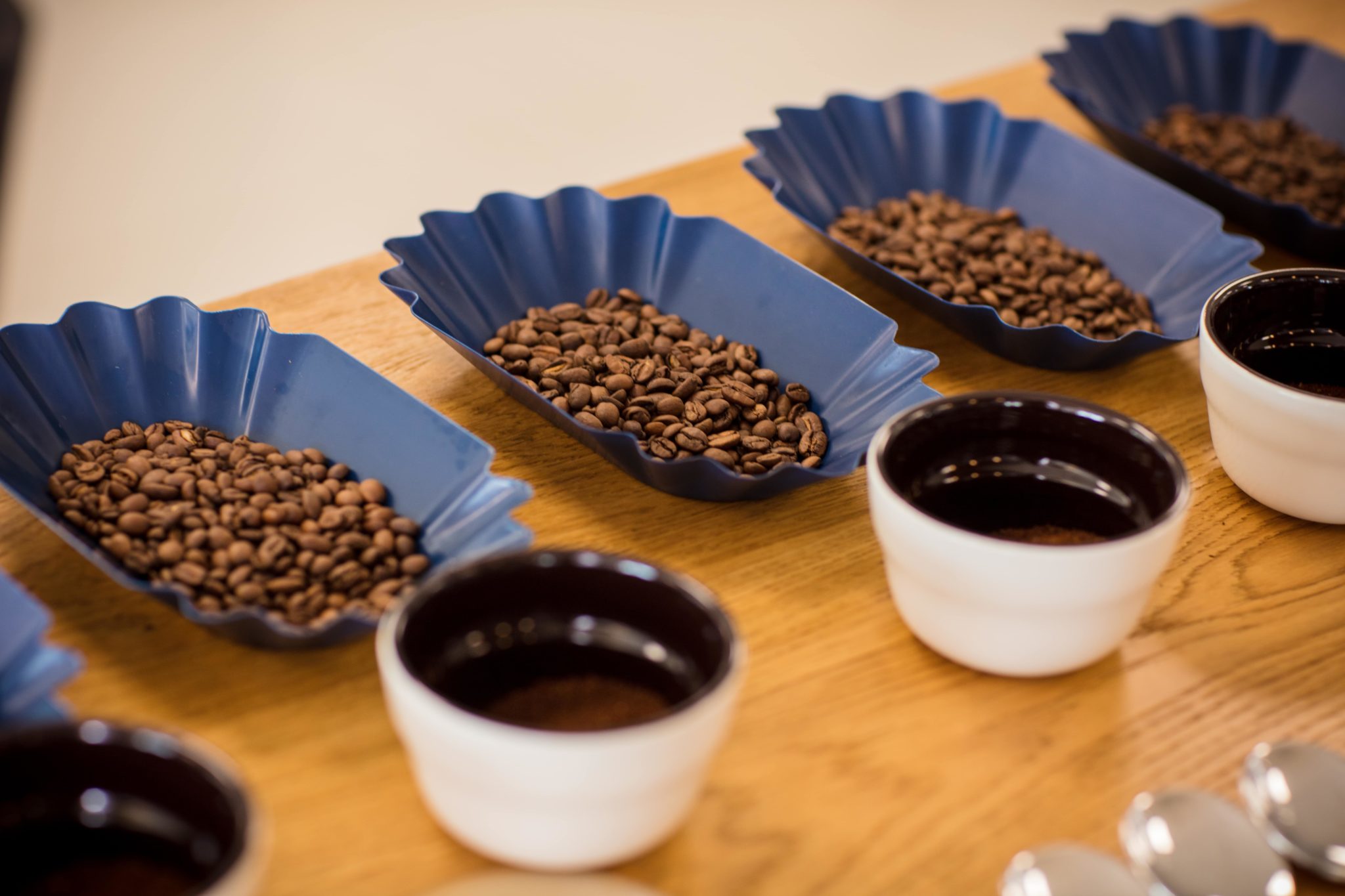 Usually a range of coffees are cupped at the same time to give context and contrast, this may for example be a range of roast profiles of the same coffee or a variety of coffees from the same region. If freshly roasted, the beans are allowed to rest for a couple of days before they are ground. For the most in-depth formal cuppings five samples of each coffee will be separately ground in preparation for the cupping so that the sample is uniformly represented. 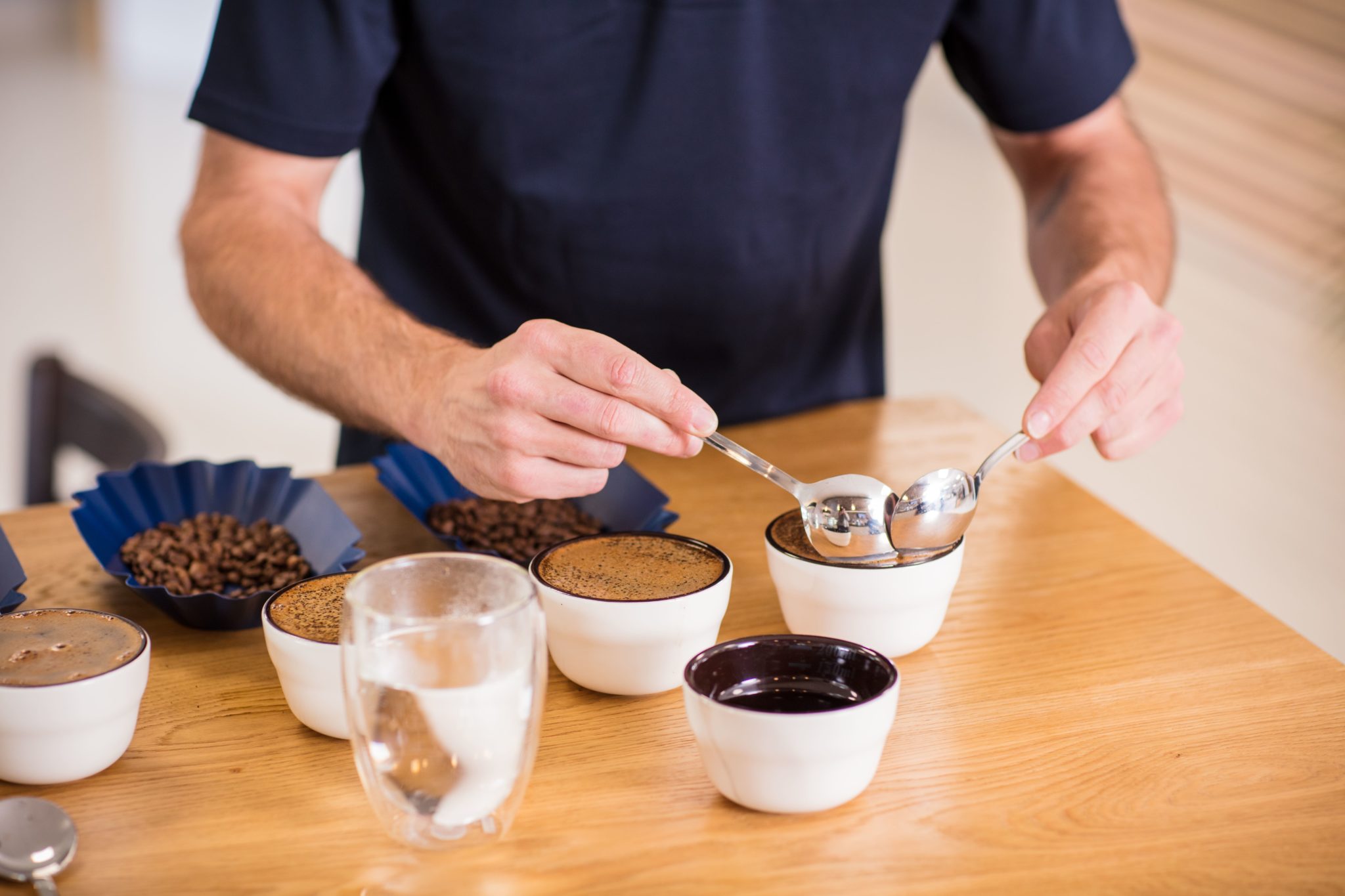 Water which is just below boiling point is poured on top of the grounds and they are given three or four minutes to infuse, during which time a crust forms on the top, The crust is then broken, releasing the first full burst of aromas from below, and the bowl is stirred allowing the coffee grounds to settle to the bottom, and those which don’t, to be skimmed from the top. The liquid is then given a little longer to cool.

Now the noisy process of tasting can begin! The slurping is important, much like for the tasters of tea, wine, and whisky, the key is to aspirate the liquid over your tongue and onto the roof of your mouth as much as to drink it. In fact, much like them, coffee tasters often avoid drinking the coffee and spit it out as there can be too much of a good thing and the cumulative effect of tasting too many coffees in rapid succession can be unpleasant. This process of slurping the coffee in activates the senses of taste and smell at the same time. 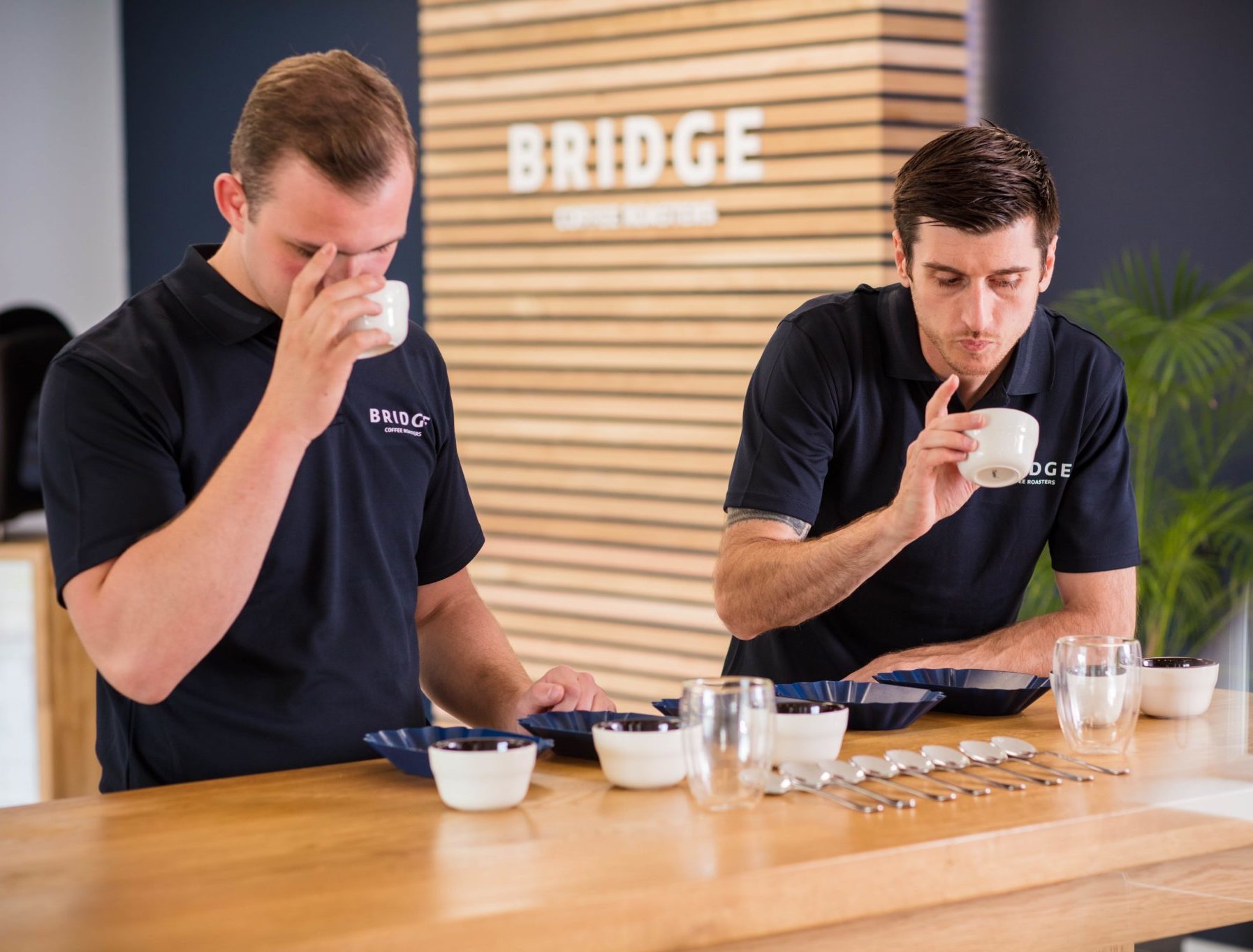 However, you don’t pick up the bowl and slurp away, it is probably unhygienic when it is likely that a group of people are going to be involved in the cupping. Usually a spoon is used, or even two spoons: one goes into the coffee and then your pour its contents into a second spoon which goes into your mouth, this should prevent any cross-contamination of coffee samples from one bowl to the other.

The slurp is then followed by a more conventional taste of the coffee which can be properly swirled around your mouth and then either swallowed or spat out. What is the point though? What are you looking for? For official Q grading to determine whether a coffee qualifies as a speciality coffee the assessed elements include flavour, aftertaste, acidity, body, balance, uniformity and sweetness.

Of course, not all cupping is about Q grading and much of it is about assessing the flavours to be found in coffees, whether that is to select the best roast profile for a specific batch of beans or simply to deepen the enjoyment and satisfaction of drinking coffee generally. This may conjure visions of wine tasters pontificating about ‘barrel-loads of walnuts steeped in wistfulness’ and yes, to the inexperienced, it may be difficult to identify the hint of gooseberry or pepper in a coffee which was promised in its tasting notes, but with practise palates become much more refined.

The joy of tasting coffee of course is that everybody’s opinion is valid and if you think you can taste Jaffa Cake, then who is to say that you can’t? But to help guide tasters and to establish a common frame of reference, tasting wheels have been developed such as those from the SCAA and from Counter Culture Coffee. This tool, developed for coffee tasters, looks daunting at first and there are complexities to how it can be used, however, the essential idea is simple. As you taste the coffee you start at the centre and identify an attribute: for example you may think that you can detect a flavour which is ‘fruity’, as you move outward you are then prompted to think about whether it might be a specific group of fruits such as ‘citrus’ or ‘berry’ and, if you choose citrus for example, you are guided to consider of which citrus fruit it is most suggestive and you may finally select ‘orange’. Tasting the same coffee again and starting at the centre you might detect a different note and travel outwards again through ‘nutty/cocoa’, to ‘cocoa’ and then to ‘dark chocolate’. Suddenly your ‘Jaffa Cake’ instinct makes much more sense! 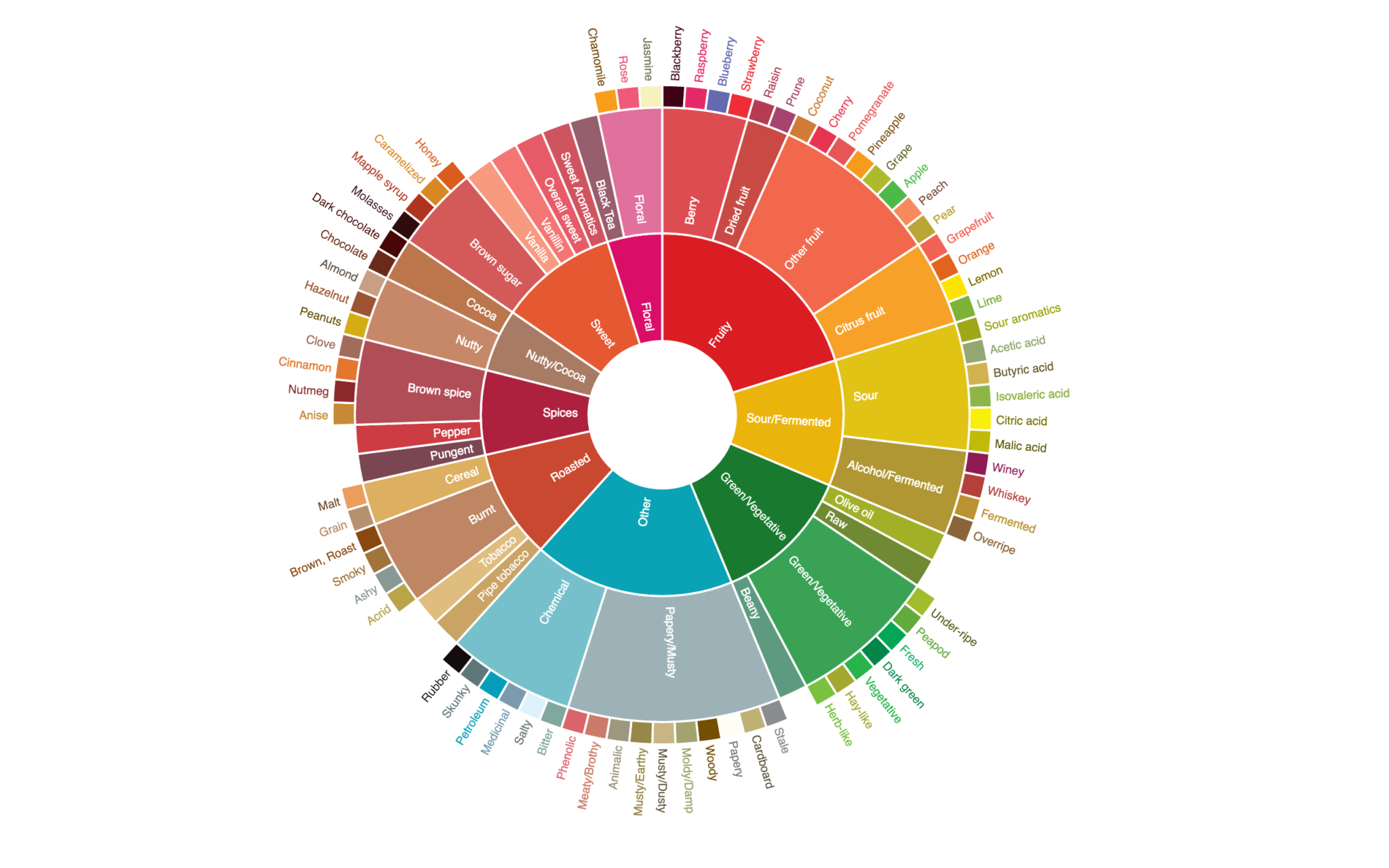 In formal Q grading this process is undertaken by a group of tasters who make notes and taste in silence without discussion to come to a balanced judgment on a coffee’s Q grade, which is a serious business for everybody involved. In informal cupping sessions which take place in coffee shops and roasteries all over the world, though, the atmosphere is much more fun and relaxed and is an opportunity to extend everybody’s enjoyment and understanding of the complexities of what is not necessarily such a simple pleasure as you might have at first thought.

The final outcome of formal cupping for the coffee aficionado is that there is a standardised, replicable system for assessing the coffee which they are buying and that if it is judged to be a speciality coffee then it has been rigorously, fairly and thoroughly judged. It also means that those tasting notes accompanying your coffee are not as random as they may at first seem but are a useful guide to what tasting notes should guide your extraction for that coffee if you are making the coffee and what notes to challenge yourself to find when you are drinking it as a customer.

Take a look at our wide selection of coffees and if you're interested in visiting our showroom for a coffee tasting session, then get in touch by emailing coffee@wholesale.bridgecoffeeroasters.co.uk

Take a look at our other blogs

Go to previous slide
Go to next slide

Our Brewing Guide for Speciality Coffee

Cleaning and Maintaining your Espresso Machine

How to Recycle Used Coffee Grounds

What is Speciality Coffee?

Why Barista Training is crucial to the Taste of your Coffee

How to Design a Coffee Shop to Maximise Sales